This is the first post (out of 3) about setting up a development environment to build the user interface of Manitou-Mail on Windows. In this part, we’re installing the compiler (GCC packaged by MinGW), the MSYS environment, and the autotools (autoconf and automake).

The current version is 5.1.4 is available here: MingW-5.1.4 installer on sourceforge.net.

Let’s run the installer and choose “Download and install”: 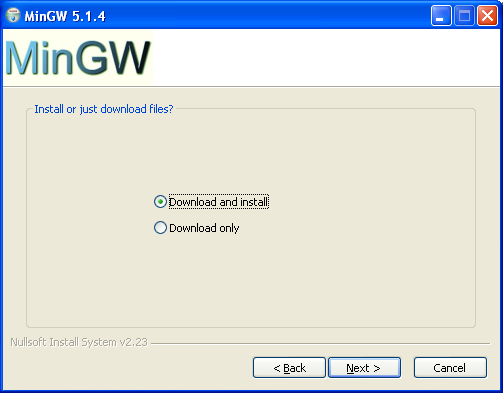 After accepting the license, we get to choose the destination directory. Let’s install into c:\mingw, the default choice. 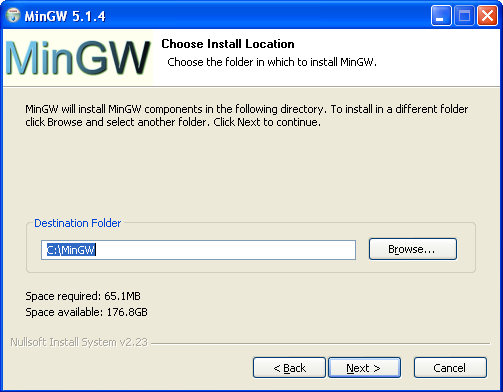 We want the “current” version: 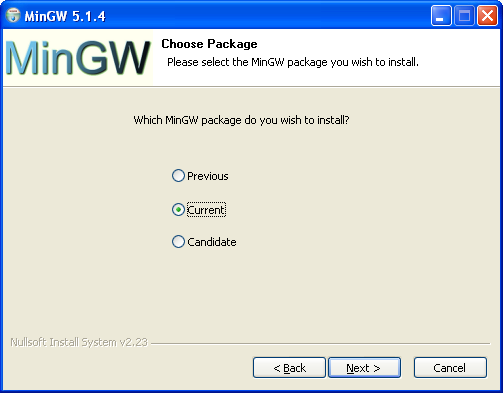 The next screen is about choosing the components.

We need to check the following ones: 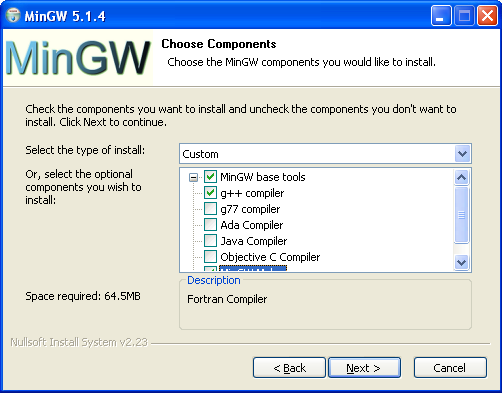 After that, a rapid succession of screens appear, that show the packages that are being downloaded and installed.

Then the install finished and we end up with a c:\mingw directory containing about 60MB of programs. It turns out that in my case, I’m also finding .tar.gz archives of the compiler packages on my desktop (from which I launched the installer), so let’s delete them.

MSYS stands for minimal system. It’s a light unix-like environment with a shell and enough capabilities to support the autotools.

Like MingW, MSYS has a base system and packages, except that it has a lot more packages. We need only a half-dozen of them.

The current version of the MSYS base is available at: 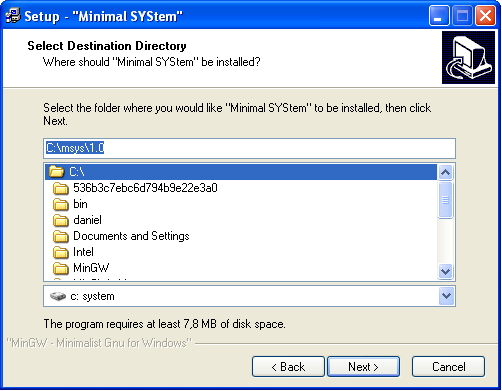 At the end of the installation, a post-installer script running in a CMD window “will try to normalize” with MingW, so we just accept what it suggests and type the path of our mingw directory as told (c:/mingw) 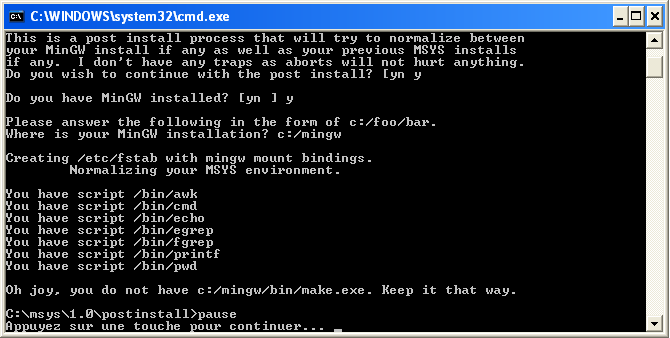 Once the installation is done, we have this icon on the desktop to launch an MSYS shell :

Still, let’s install that package, if just to have Perl, and upgrade separately automake and autoconf.

We install MSYS DTK into the recommended location 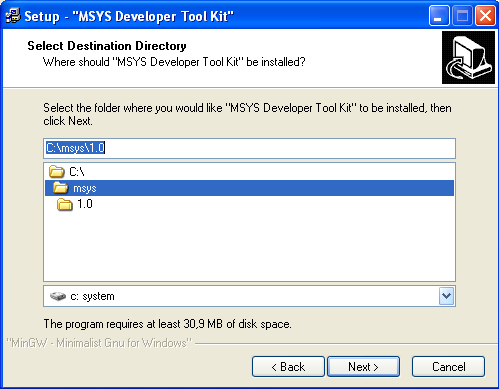 Now, following the advice from the MSYS wiki, we get the source archives for autoconf and automake directly off the main GNU FTP server (so it’s the baseline, not modified versions for MSYS).

Let’s download these archives into c:/tmp/ and unpack them (all the subsequent commands are run inside the MSYS shell)

The MSYS wiki says it’s important to compile into separate build directories so we do as told:

With MinGW and MSYS, we have an environment that is good enough to build programs on Windows the same way that they are on unix (basically: configure && make && make install)

With autotools we can regenerate the configure script and the Makefile.in files, which is something we need to add new source files to the project or modify the configure.in script.

Also, we’re ready to compile Qt and a PostgreSQL client, which will be done in the next part.